For many years, in the surgeon’s locker room (which actually has much in common with other kinds of locker rooms), cardiac surgeons would mention to each other a phenomenon they often referred to as “pump head.” Pump head was a term used to describe impairment in a mental capacity they sometimes noticed in their patients following coronary artery bypass surgery. It got this name because the presumption was that cognitive impairment after bypass surgery was related to the use of the cardiopulmonary bypass pump during the procedure.

For a long time, talk about this phenomenon never got far beyond the locker room.

In 2001, a study from Duke University seemed to confirm what many doctors had long suspected﻿, but had been reluctant to discuss openly.1﻿ Namely, a substantial proportion of people after coronary artery bypass surgery subsequently experience measurable (but most often temporary) impairment in their mental capabilities. This study received a lot of publicity after its publication in the New England Journal of Medicine and caused a lot of concern among both doctors and their prospective patients. But the worry quickly faded away, and the general public really hasn’t heard much about it since.

However, in the intervening years much more has been learned about mental changes after bypass surgery. For one thing, the phenomenon is real. For another, it is probably not related to the use of the bypass pump, but rather, is more likely related to the manipulation of the large blood vessels that is necessary during this type of surgery.

While surgeons still may not like to talk about it publicly, post-bypass surgery cognitive impairment is common enough that people having this surgery and their loved ones ought to be made aware of it beforehand, so they are prepared to cope with it should it occur.

What Is Meant by Cognitive Impairment?

Simply speaking, “cognitive impairment ” is the terminology doctors use for a range of general neurological deficits that can be seen after bypass surgery.

These may include any or all of the following: poor attention span, poor memory, poor decision making, inability to concentrate, reduced speed of movement, and a general impairment in the ability to think clearly. More severe symptoms such as overt delirium can also be seen rarely. These symptoms can appear immediately after surgery and can range greatly in severity from incapacitating to barely noticeable (in which case sophisticated neurocognitive studies are required to detect them).

Cognitive deficits most commonly resolve gradually, over a period of a few weeks or months, but in some cases, they can persist for years.

How Common Is the Problem?

In addition to being the first study to really look at this phenomenon, the 2001 Duke study also made it clear that cognitive impairment can be surprisingly frequent, and quite persistent. In this study, 261 people (average age 61) having bypass surgery were formally tested to measure their cognitive capacity (i.e. mental ability) at four different times: before surgery, at six weeks, at six months, and at five years after bypass surgery. Participants were deemed to have significant impairment if they had a 20% decrease in test scores. The investigators found that 42% of patients had at least a 20% drop in test scores after surgery and that in many cases the decrease in cognitive capacity persisted for 5 years.1﻿

The finding that cognitive impairment occurs after bypass surgery was not really a surprise to anyone caring for these people. What was a surprise was the high incidence of the problem in the Duke study and its persistence. This study, accordingly, caused a lot of consternation both among doctors and the public in general.

The Duke study has been appropriately criticized because it did not have a randomized control group. Instead, investigators compared their results with results from a similar study among patients with coronary artery disease (CAD) of the same age who did not have bypass surgery. They found that those who received bypass surgery had a higher incidence of cognitive impairment than people with CAD who did not have surgery. However, because people who get bypass surgery often have more severe CAD, these populations are not directly comparable.

Still, a truly randomized study (in which people with CAD would have their surgery vs. non-surgery decision made randomly) would be infeasible (if not unethical). To try to characterize the frequency of the problem more definitively, several other studies of this phenomenon have been conducted over the intervening years, using various neurocognitive testing procedures, different types of bypass surgery procedures, and different follow-up time intervals.

While the results from these studies are quite variable (with an incidence of cognitive impairment varying between 3% and 79%), there is really no question anymore about whether the phenomenon is real or not. It is. Furthermore, cognitive impairment is a particular risk with cardiac surgical procedures, because the same incidence is not seen with other kinds of vascular surgery, such as surgery for peripheral vascular disease.

The exact cause of cognitive impairment following bypass surgery is unknown. There are probably several factors that can bring it about.

Originally it was presumed to be caused by small blood clots to the brain associated with usage of the heart-lung bypass pump. However, more recent studies have shown that employing more modern, “off-pump” bypass surgery has not reduced the incidence of cognitive impairment.2﻿

The theory that has the most traction today is that the manipulation of the heart and aorta can generate tiny blood clots, called microemboli, that can travel to the brain and cause damage there3﻿ . Intraoperative studies using transcranial Doppler techniques have confirmed that showers of microemboli to the brain are common during bypass surgery, and other studies using pre-and-post-operative MRI scans have shown tiny ischemic lesions (small strokes) in the brains of people who experience cognitive decline. However, even these studies have yielded mixed results, and the causative role of microemboli is not yet proven.

Other potential causes, such as drops in blood pressure, hyperthermia (high body temperatures), and a prolonged reduction of oxygen levels in the blood, all of which can occur during heart surgery or immediately postoperatively, may also play a role.

What we do know for sure is that people who have significant risk factors for generalized vascular disease are more likely to experience cognitive impairment. These risk factors include disease of the carotid arteries, advanced age, hypertension, and a history of the previous stroke.

What Happens to People Who Experience Cognitive Impairment?

The majority of people who have some degree of cognitive impairment after bypass surgery recover completely, returning to their pre-surgical state of mental function within 3—12 months. People who have only mild cases of impairment, and who have higher levels of education and daily activity seem to recover more completely than other people.

More general awareness of this problem has led surgeons and anesthesiologists to devise techniques to help prevent cognitive impairment after bypass surgery. These techniques include the use of membrane oxygenators, arterial line filters, minimizing the manipulation of the aorta, reducing the use of cardiac or arterial suction, and carefully controlling the patient’s body temperature. Most of these techniques are thought to offer a substantial degree of protection to the brain.

A Word From Verywell

When making major decisions about your medical care, you will want to make sure your doctor is taking into account all the potential risks and benefits—even the ones that are unpleasant to talk about, such as the risk of cognitive impairment.

If your doctor is recommending coronary artery bypass surgery, you should make sure you have the answers to the following questions:

If surgery is being recommended and is not considered to be an emergency, this is one decision for which you might strongly consider getting a second opinion.

If you do decide to have bypass surgery, keep in mind that the majority of people in most of these studies had had no deterioration their mental capacity that they noticed it in their day-to-day lives, and that in the majority of those who did, their cognitive impairment eventually resolved. 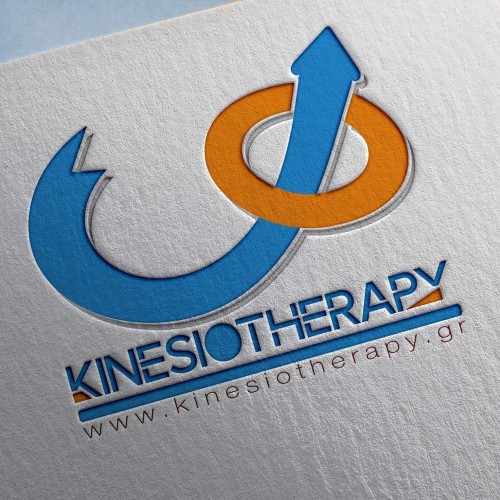 "Kinesiotherapy" Stronger Than I Was...